Before we met, Kevin was booked in to consultations with a few other personal trainers…

Kevin was skeptical about working with me after poor experiences with personal trainers he’d had in the past.

After the first hour, he knew there was something different about my coaching.

Rather than being ignored and forced into a generic routine…

He was listened to and respected as a key player in his own journey.

Over the past year, he has experienced major shifts in his fitness & lifestyle. He has:

– Become the strongest he’s ever been

– Changed identity. No more feelings of imposter syndrome/ being out of place in the gym. Strength training is now a part of who he is. 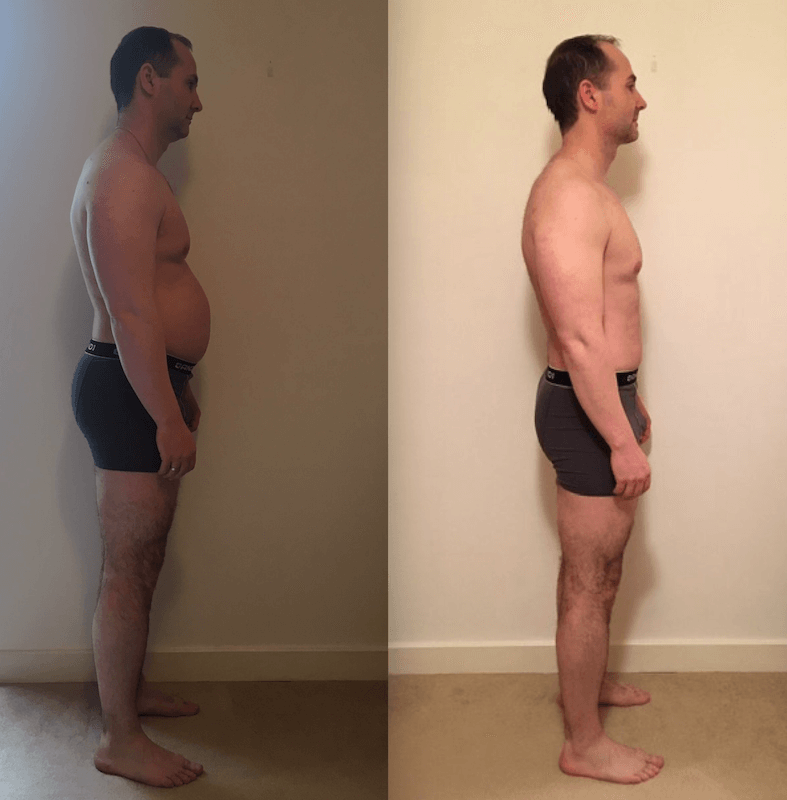 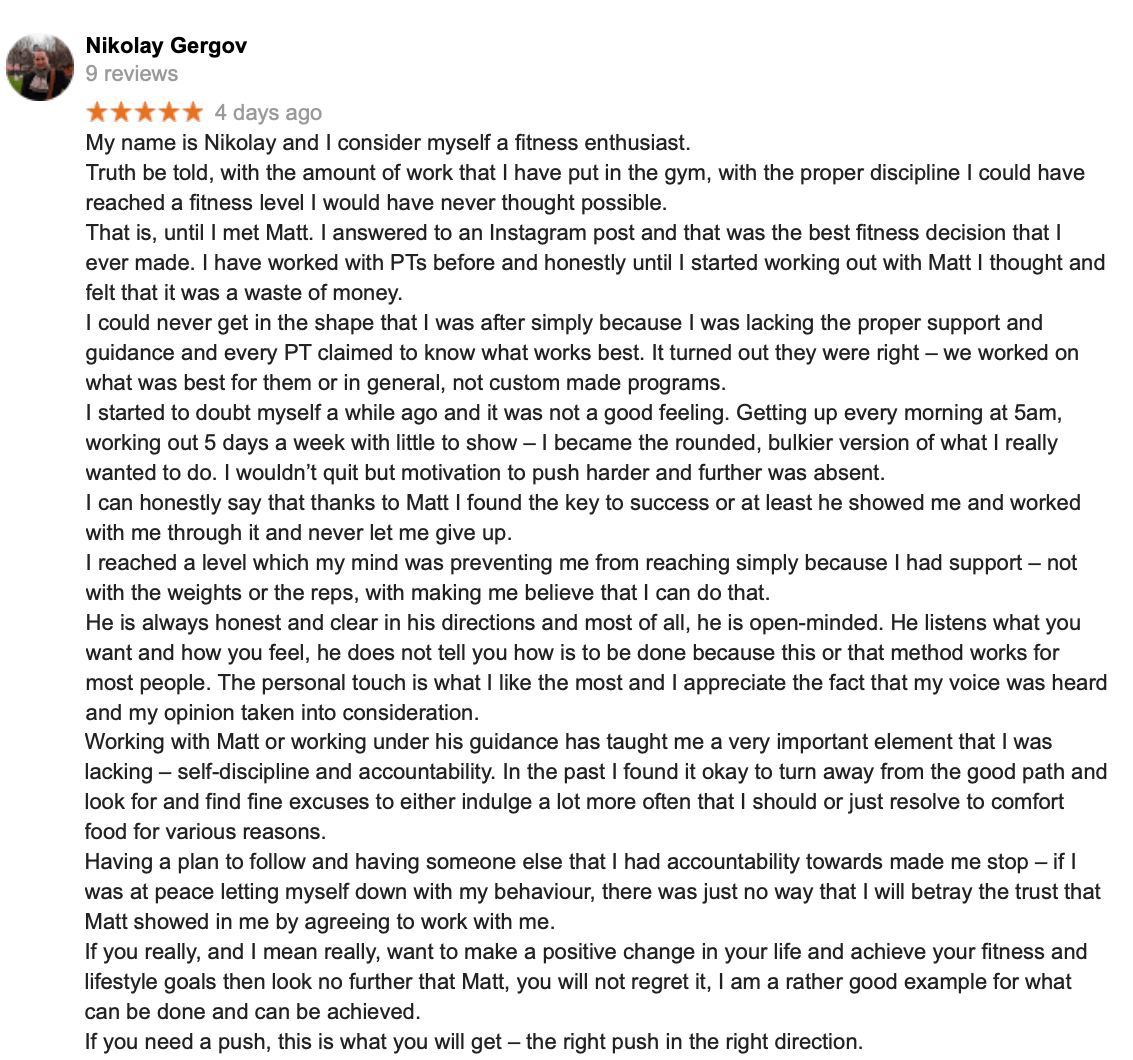 After focusing hard on work for a couple of years, Bhanu’s body wasn’t where it used to be.

He knew he *could* probably go to the gym and do things himself… But he decided to take the dive and team up with me.

Getting coached has allowed him to stay accountable and work on his fitness goals to a higher standard.

Over the past few months he has:

When we first met, colin’s body was… broken.

Years of bad movement habits & stress had left his body unable to do many movements.

Over the past year of coaching, Colin has:

– Unseized his shoulders and hips

– Become ready to take on an ultra-marathon

After our first meeting together, his fears were put aside.

He was surprised to find a truly personal approach which was fully adaptable to his needs and lifestyle.

Months later and he has:

– Developed his confidence and built self-respect

– Upgraded his mindset to take on bigger challenges.

– Developed a deeper connection with his body

Shaun had never worked with a personal trainer before, he was apprehensive of wasting time & money.

And with a background in sports & coaching, who can blame him!

He had tried going it alone…

But after our first meeting, he decided to bite the bullet and take the risk…

Did it turn out worth it?

A few months into coaching Shaun has:

Working with a coach accelerated his progress and helped him build lifestlye changes that work FOR, not against, his lifestyle. 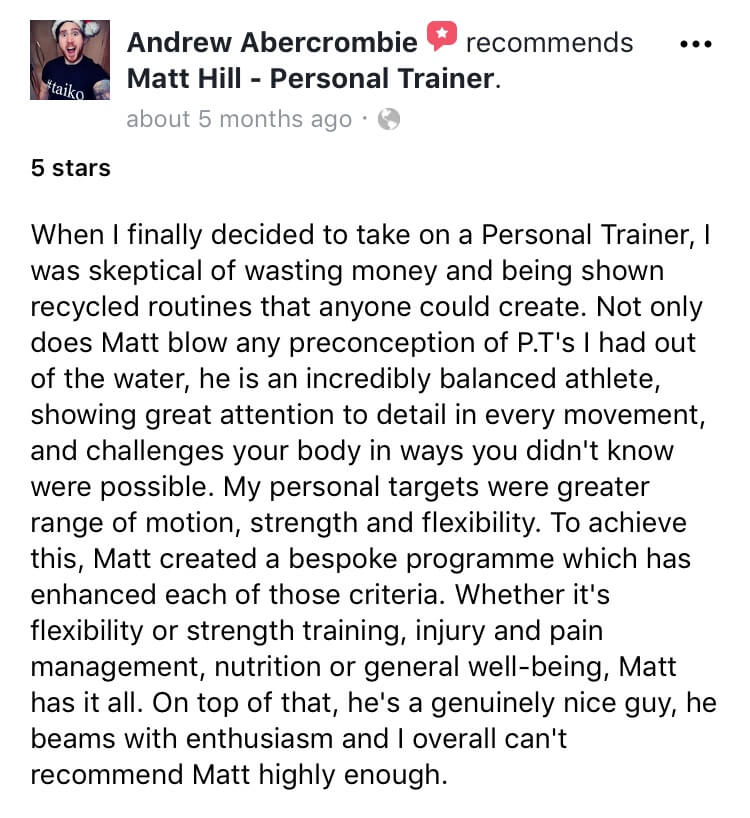 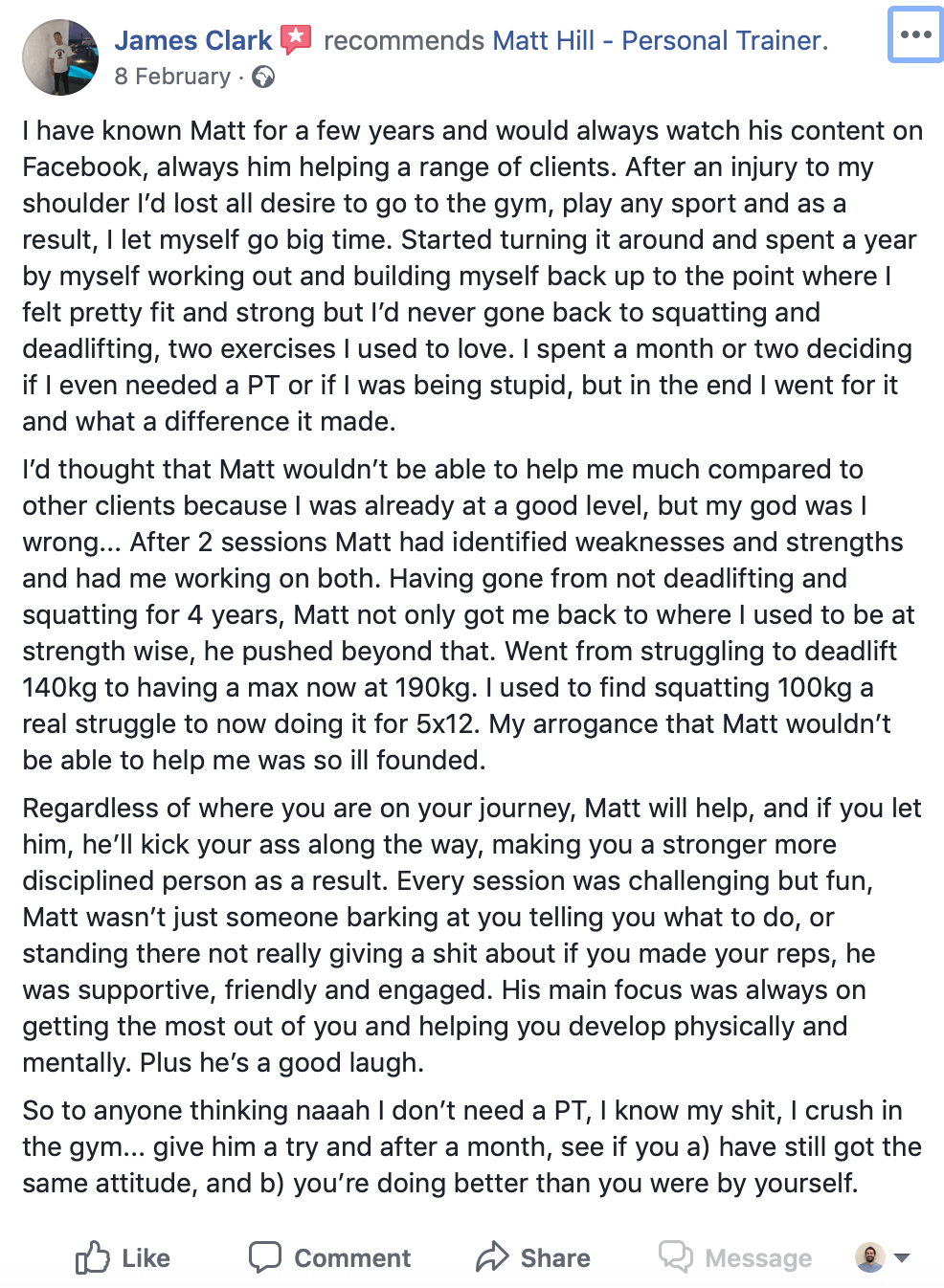 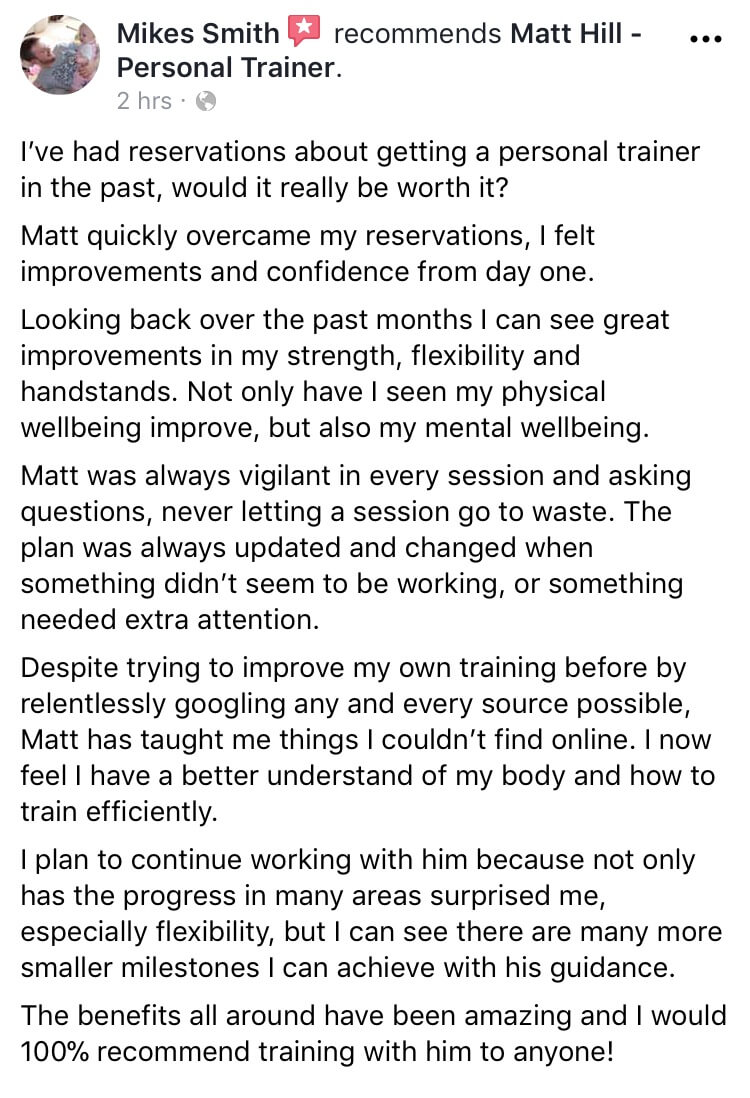 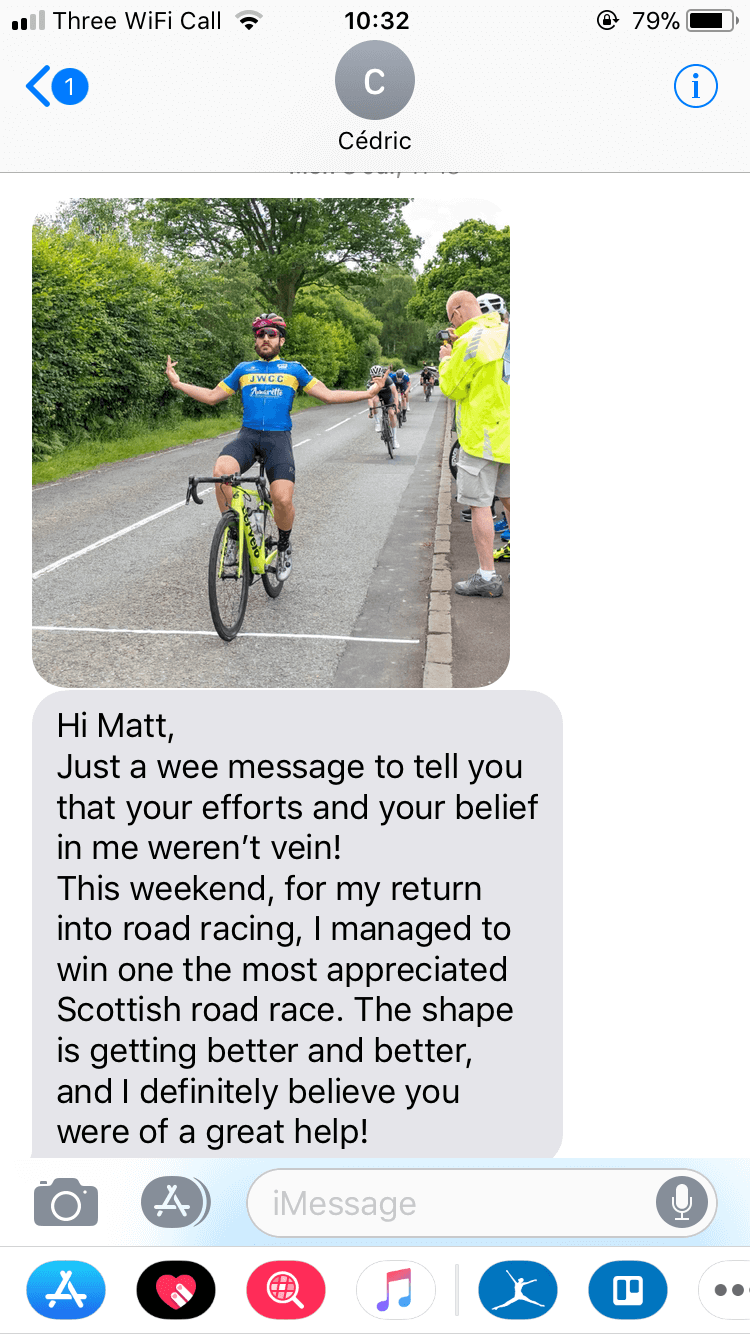 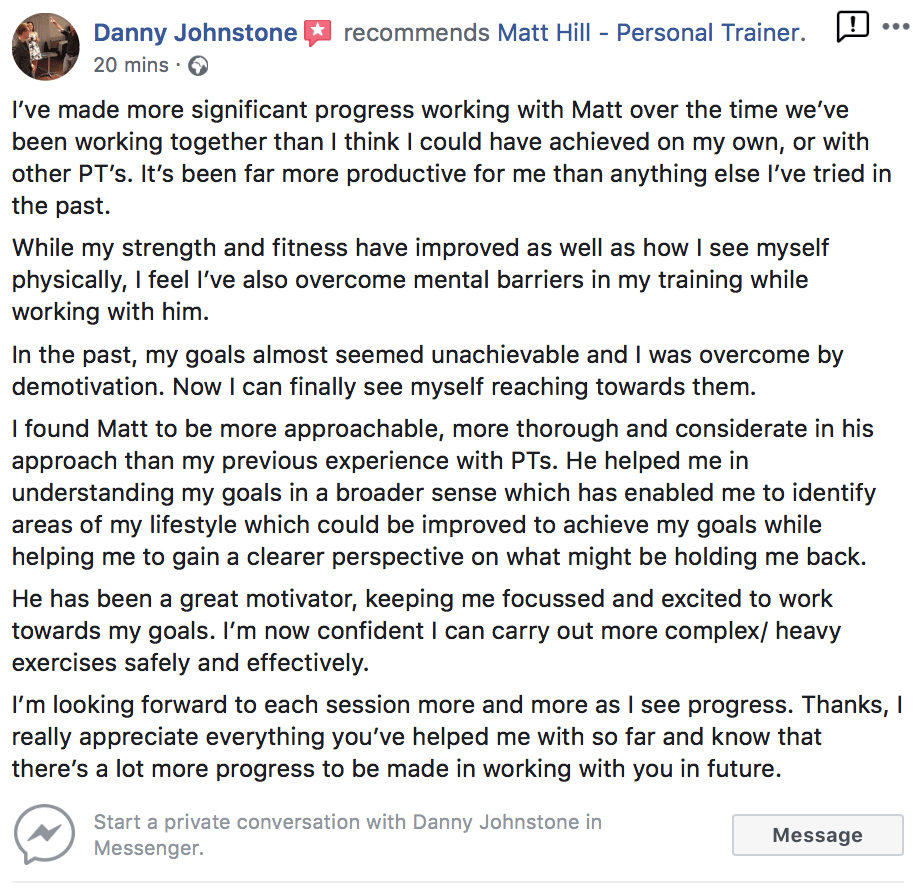 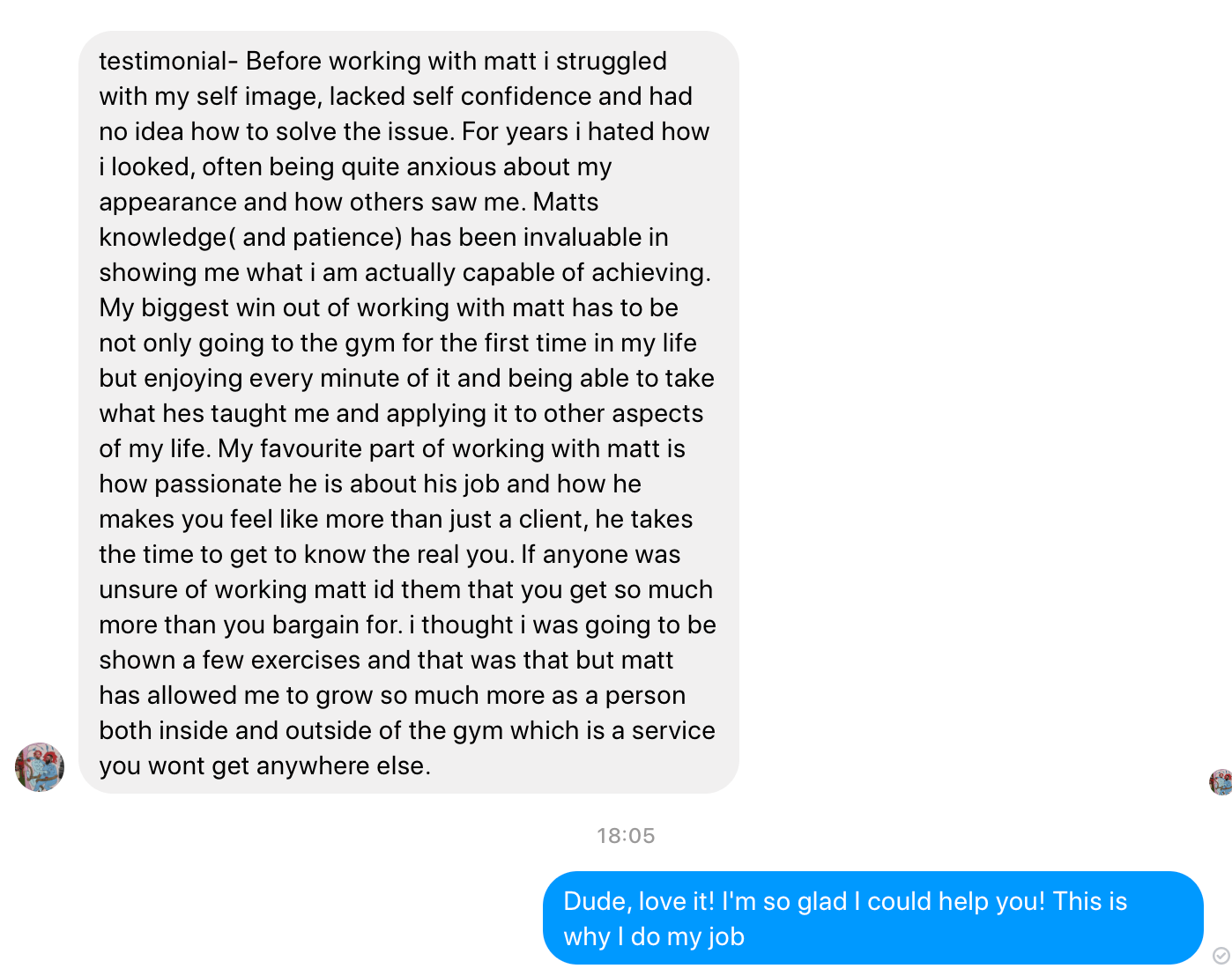 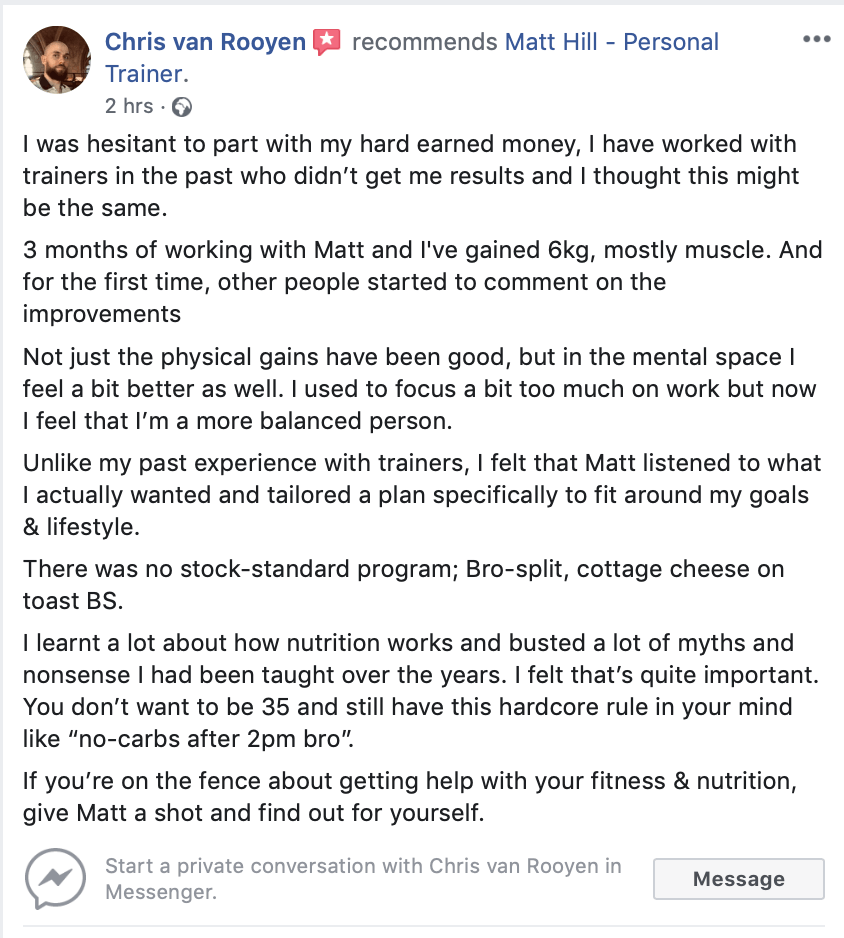 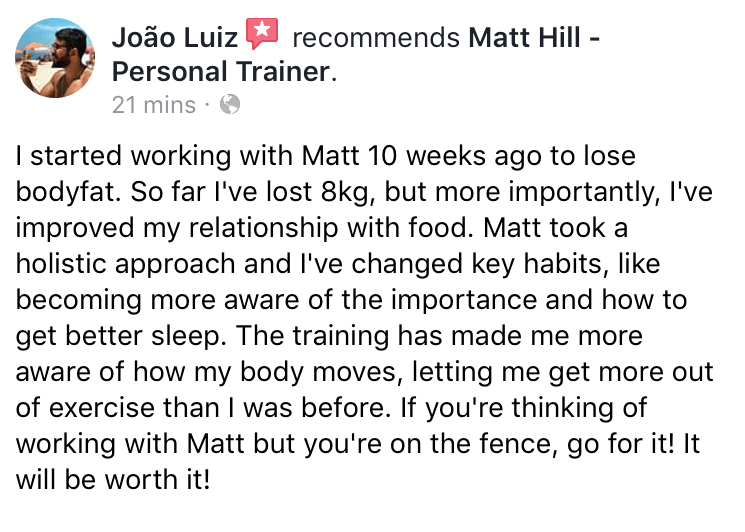